The Laramie County Grief Support Group is a community-based volunteer group through the Laramie County Coroner’s Office, whose mission has the following primary goals: to work with Laramie County families and professionals in our community to provide ongoing emotional support and grief consulting services. The grief support group focuses specifically on grief and loss, provides essential items and food to families who have experienced the death of a loved one. We would like everyone to know you are not alone in your challenges. The grief group motto states, ‘We Are All in This Together!’ 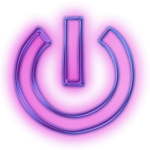 The 4th Annual Glow in the Dark Dodgeball Tournament of Champions is an event that brings Laramie County community members together for friendly competition and to support a great cause. All proceeds earned from tournament registration go to Laramie County Grief Support Group to assist families that have lost a loved one.

Teams should consist of a minimum of six (6) players with a maximum of eight (8) to allow for substitutions. ALL members of a team must play at least one (1) game per match, unless injured.

CO-ED TEAMS: must have three (3) men and three (3) women on the court when each game begins.

DRESS CODE: All team members must be wearing reflective or neon clothing (no dark clothing). We encourage teams to be creative when deciding on team uniforms. There will be “Best Dressed” awards. A glow bar will be available to purchase glow sticks, necklaces, and other items, but teams may bring their own glow items.

The field of play is a basketball court divided into 2 equal sections divided by a centerline with attack lines parallel to the centerline.

EQUIPMENT: Six glow in the dark dodge balls will be provided.

The dodgeballs will be placed evenly along the centerline to begin play. Players then take a position behind their end line. The referee will signal play to begin and teams may approach the centerline to retrieve the balls. Once a ball is retrieved it must be taken behind the attack-line before it can be legally thrown. Any player throwing a ball before crossing the attack line after the rush will be considered out.

*Only during the opening rush can players step one (1) foot on or over the centerline when retrieving a ball and not be in violation.

The object of the game is to eliminate all opposing players by getting them “OUT”. This may be done by:

Hitting an opposing player with a LIVE thrown ball below the shoulders.]

Catching a LIVE ball thrown by your opponent before it touches the ground.

One player may return to the game after a teammate catches a ball from the opposing team. Players must rotate in the same order they went out.

In order to reduce stalling, a violation will be called if a team in the lead controls all six (6) balls on their side of the court for more than 5 seconds. Violations of this rule results in the opposing team receiving four (4) of the balls and the game being restarted with both teams on their respective end lines.

Violation of any rule by players and/or spectators not on the court will result in a teammate on the court being ruled out.

LIVE: A ball that has been thrown and has not touched anything, including the floor/ground, another ball, another player, official or other item outside of the playing field (wall, ceiling, etc).

*There is best two out of three games per match with a 3-match guarantee for each team during the tournament.

TIME OUTS & SUBSTITUTIONS: There are no team time-outs during game play. Referees may call a timeout for disputes and injuries. Substitutes may only enter a match between games or in the case of injury.

RULE ENFORCEMENT: Referees will be present to make final judgments. Be reminded that while the dodgeball tournament is designed to be a competitive event, the priority is the safety of all participants and spectators and the expectation is that teams conduct themselves appropriately and maintain good sportsmanship at all times. Teams or individuals that do not uphold this standard will be either be given a loss or will be removed from the event.

Teams will be updated with any changes to the rules prior to or during the tournament, if necessary.